Lilian Oke January 29, 2020
Indeed is not just a company that promotes inclusion as a buzzword, but genuinely puts actions behind its words. I am proud to say...
Share

The event was held at Banking Hall, a beautiful central London location and was filled with some of the most influential names within the BAME and tech space alongside over 180 guests. We had Rapman, Ava Vidal, Nego True and Bola Musoru on stage – all influential figures dominating the sectors in which they work. They were not just in attendance, but were involved in panel discussions and in the case of Nego True, captivating the audience through spoken word. We strived to present an authentic representation of black culture, and highlight a sensitive discussion topic such as race and identity with a level of sincerity, honesty and insight. The speakers, performers, food and music (coming from none other than Mista Ologo) came together in achieving this goal.

I am beyond proud to say I was a part of organising such an impactful event addressing the meaty topic of “How does race affect employment?” At this event, Indeed declared its continued mission to help people get jobs, discussing areas and audiences that often face disadvantages due to both conscious and unconscious biases. On the night we had Indeed’s CEO, Chris Hyams, VP of Diversity, Inclusion & Belonging, LaFawn Davis, SVP of Marketing, Paul D’Arcy, and Head of HR, Paul Wolfe, all in attendance supporting this inspirational inclusion event.

Indeed is not just a company that promotes inclusion as a buzzword, but genuinely puts actions behind its words. I am proud to say that I work for a company that has raised its hands up to say “Yes, there is a problem. We know, we care and we will do our best to highlight and fix it”.

On the night, we hosted a panel of influential speakers sharing their own personal experiences with the audience. From LaFawn Davis highlighting her experiences within climbing the corporate ladder as a black woman to Rapman and Ava Vidal highlighting their own experiences within media and music, the panel represented a mixture of views and personal stories that the audiencefound extremely relatable. The panel was hosted by BBC’s very own Bola Mosuro who guided the conversation and brought powerful questions to the panel.

While organising and putting the event together, it made me think of my own career path and journey. The realisation that a lot of the things which I found relatable, also resonated with many members of the audience was overwhelming.

A few things really struck me during the event. I hope that these 3 key takeaways will also help empower others:

Never shrink to fit in – Change Your Narrative During the panel, one thing that really resonated with me was LaFawn Davis’ perspective on how black women usually feel the need to shrink themselves. We can be seen as intimidating and angry. We may struggle with imposter syndrome. We may be told we are not good enough. However, it is left to us to change our narrative.

In your current role, believe in your abilities and know that you deserve to be there. A recurring message was that people of colour often have to work ten times harder to even be recognised.

Ending on a positive note, Rapman’s message was that your work will always speak for itself and patience is key. There will likely always be biases regarding traits such as name and race, but if you have a passion for something, this drive will help you get to the top.

You always have an ally or advocate The event had over 180 guests in attendance. A question that I received constantly throughout the night was how did Francis Aremo and I put on such an incredible event?  More importantly, how did we get the support of our organisation? The answer is simple – our team is better than yours! I joke obviously……

It is about finding allies and advocates in your organisations. Within Indeed, it might be slightly different because having senior leadership who breathe and live this is a huge advantage.  Nevertheless, within an organisation there will always be allies.

It’s about not shying away from what you are trying to achieve, figure out who your allies and advocates are and take the bull by the horns in driving the vision or idea forward. I am a huge advocate of also showcasing the facts and figures on how being a more diverse workforce will impact your organisation.  It’s not just about the event, but also making an impact within the community.

Thank you for making history with Indeed!

This event has really set a challenge for other companies and organisations to look at their hiring processes.  I thank our senior leadership team, Chris Hyams, Paul D’Arcy, LaFawn Davis and Paul Wolfe in declaring (and continuing) their support so publicly.

I hope this encourages other organisations to do the same and make their working environments inviting for everyone. Everybody deserves an opportunity for a seat at the table and this event was in support of this mission. 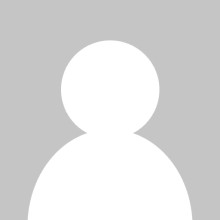 Aspire to inspire: 20 questions with VernaLee